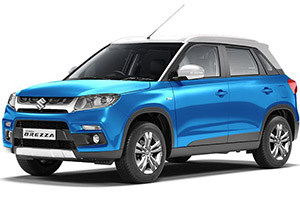 The fuse box is located under the passenger’s side of the dashboard.
To approach the fuses, remove the clips (1) by prying it off with a flat blade screwdriver as shown in the illustration, then remove the cover (2). 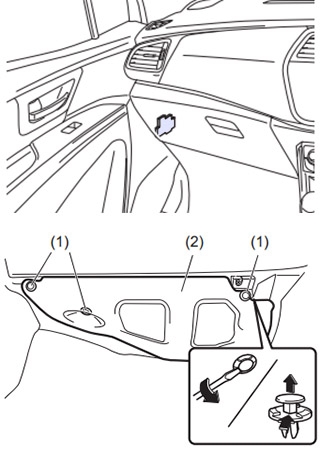 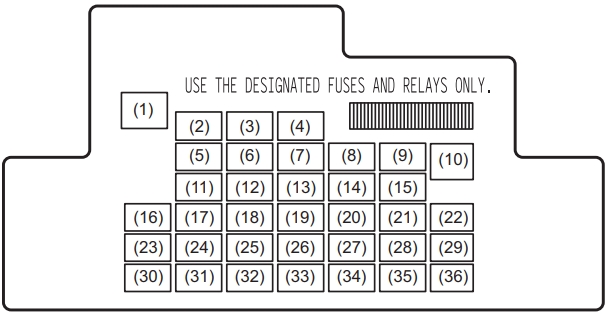 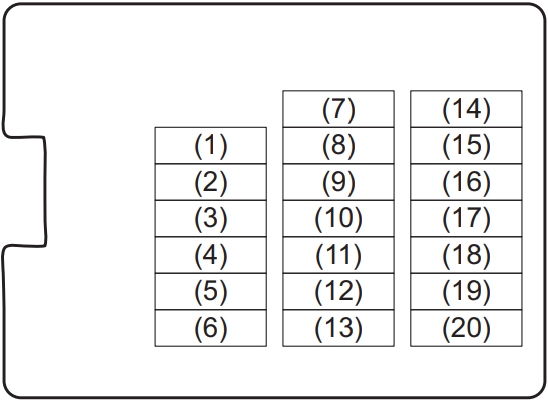 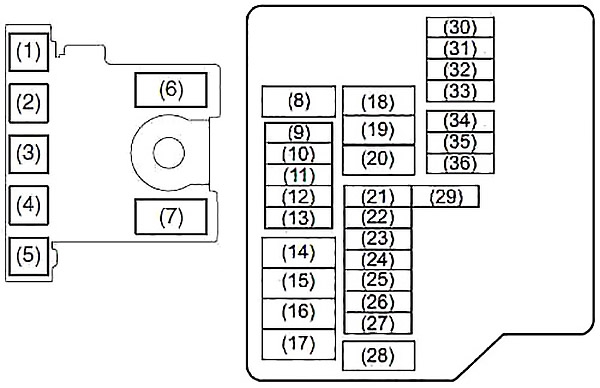