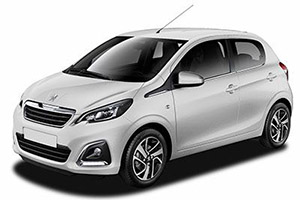 The fuse boxes are located behind the dashboard in the passenger compartment and next to the battery under the bonnet.

The fusebox is located below the dashboard (driver’s side). Unclip the plastic cover for access to the fuses. 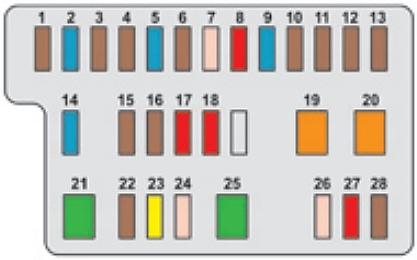 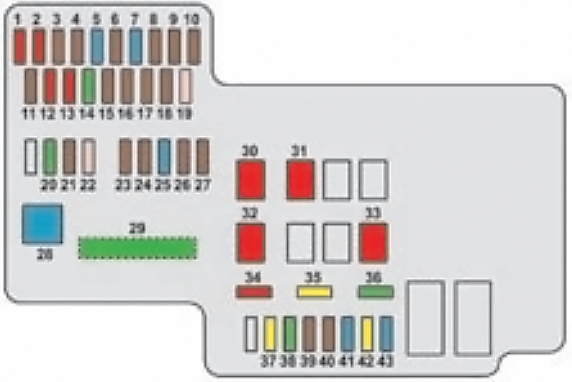