The fuseboxes are located under the instrument panel trim and next to the battery in the engine compartment.

These are located on each side of the instrument panel under the trim. 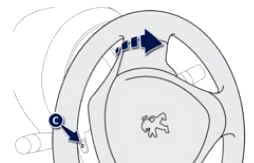 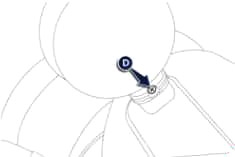 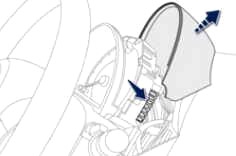 To access: Unclip the cover, pressing on the right on lug (E), to gain access to the fuses. The tweezer (A) and the replacement fuses (B) are fixed at the front of the box. 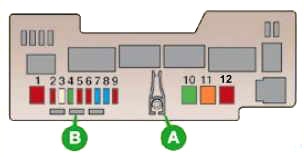