Located on the left-hand side of the instrument panel, below the cupholder. Remove the ashtray from the lefthand cup holder and pull open the fuse box cover. Do not store any objects behind the cover. 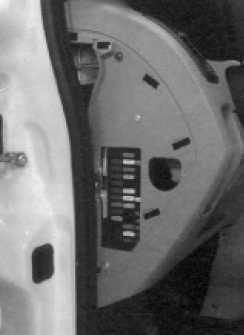 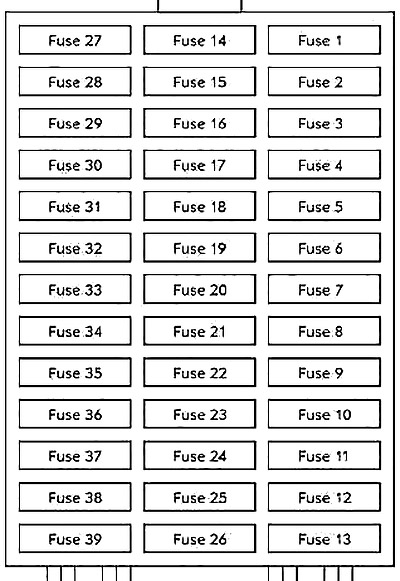 The relay for the electronic thermostat is installed on the left-hand side of the air mixer and distributor. 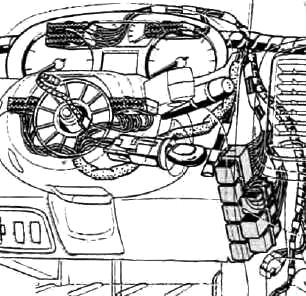 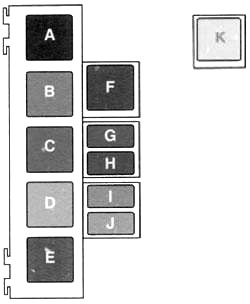 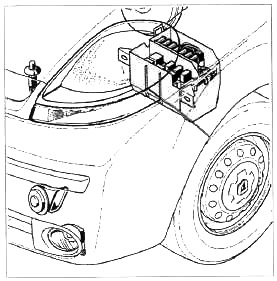 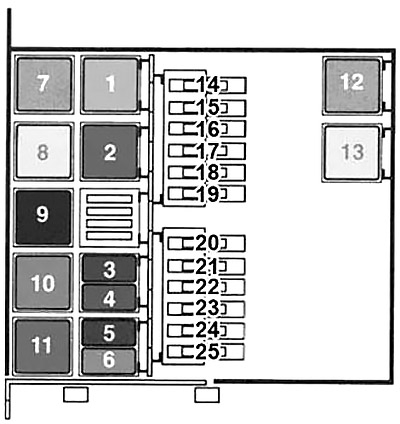 In the diesel version, the vehicle is either equipped with an auxiliary heater or with a parking heater.