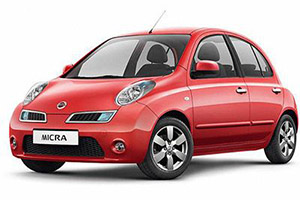 The fuse block is located behind the lid on the instrument panel. 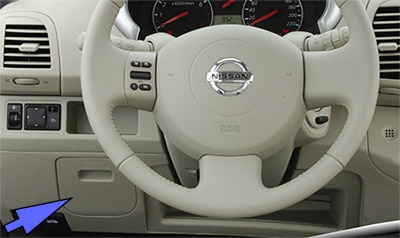 The block is near the battery. 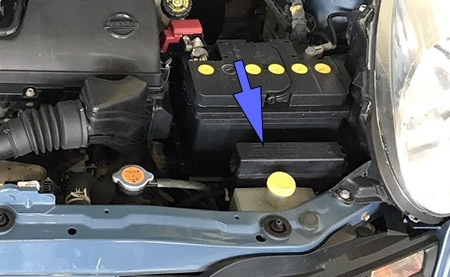 It is behind the left -side headlight. 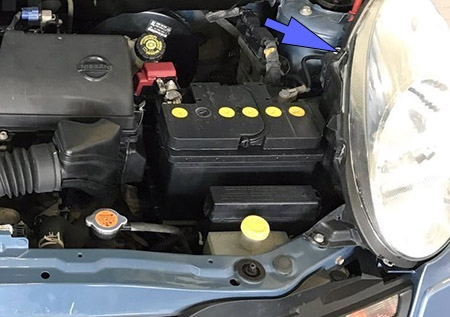 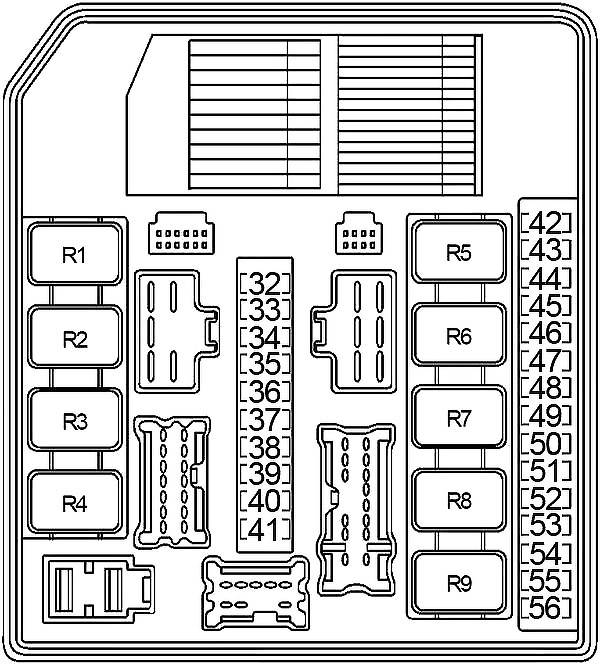 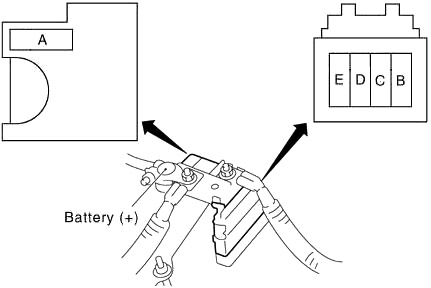