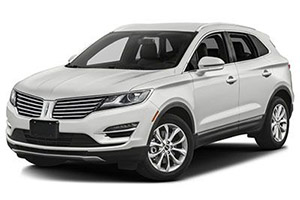 Look carefully at the fuse – a broken wire within the fuse identifies blown fuses. If you are not sure or if it is too dark to see, try replacing the suspected fuse with one of the same value that you know is good.

In case if you do not have a spare fuse, in an emergency you can pull out fuses, which may be dispensable for normal driving (for example, audio system, cigarette lighter, OBD, seat heater, and the like), and use it if its amperage rating is the same.

The fuse panel is behind the lower end of the glove box. 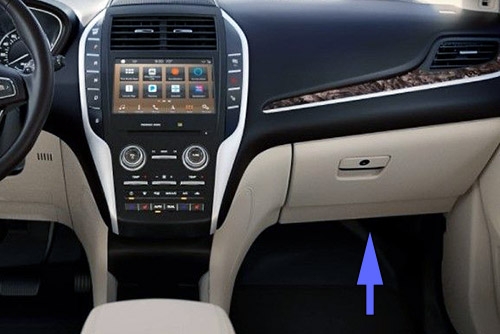 The power distribution box is in the engine compartment. It has high-current fuses that protect your vehicle’s main electrical systems from overloads. Lift the release lever at the rear of the cover to remove it. 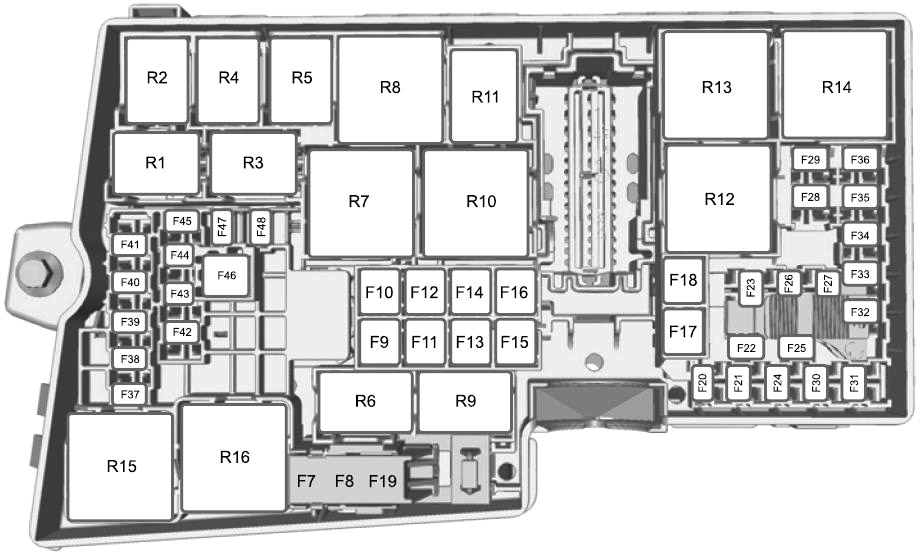 The pre-fuse box is in the engine compartment attached to the positive battery post. This box contains several high current fuses. If you need to replace one of these high current fuses, see an authorized dealer.

The fuse panel is located in the cargo area on the passenger side. Open the fuse panel cover to gain access to the fuses. 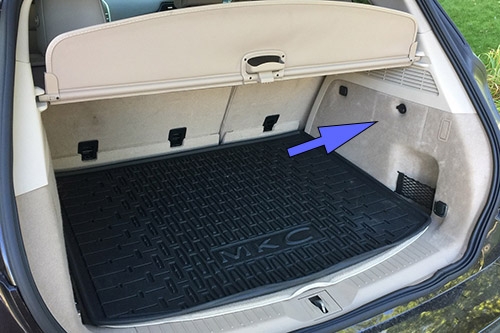 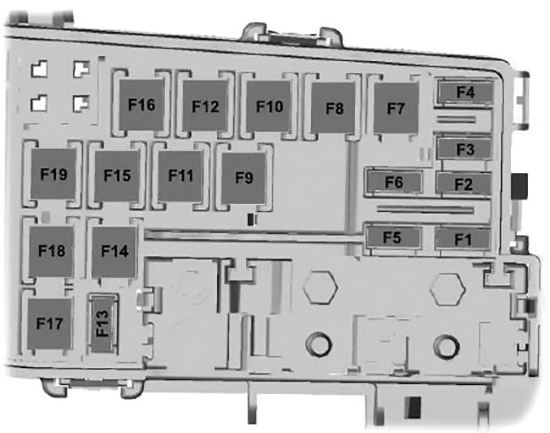