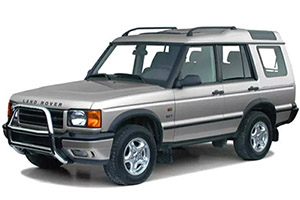 The main fuse box is fitted below and to one side of the steering column. Turn the two clamps on the panel counterclockwise and lower the panel. 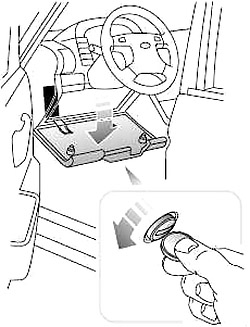 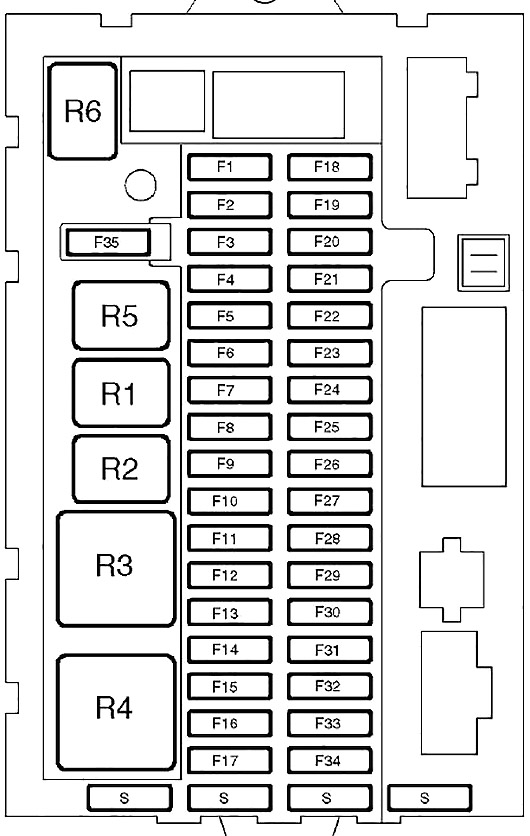 A second fuse box is located on the right side of the engine compartment adjacent to the coolant reservoir. Press all four latches in the direction of the arrows shown on the illustration to release the fuse box cover. 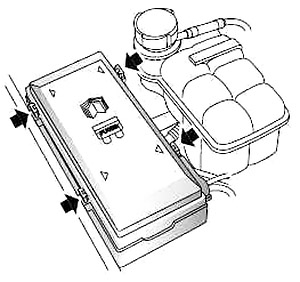 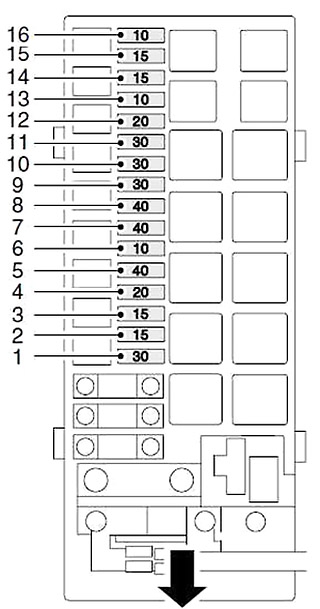 Two identical small fuse blocks are situated one beneath each front seat. 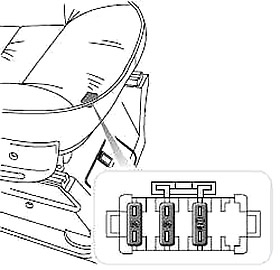