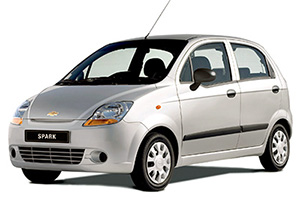 The wiring circuits in your vehicle are protected from short circuits by a combination of fuses, circuit breakers and fusible thermal links. This greatly reduces the chance of fires caused by electrical problems.

Spare fuses and a fuse extractor are located in the engine compartment fuse block.

Identify a defective fuse by its melted wire. Look at the silver-colored band inside the fuse. If the band is broken or melted, replace the fuse. Be sure you replace a bad fuse with a new one of the correct size.

Use a fuse extractor to remove the blown fuse.

If a fuse is blown, try to determine and repair the cause of the problem.

Be sure you replace a bad fuse with a new one of the correct size and rating.

The fuse block is on the lower driver’s side of the instrument panel. To remove the fuse block cover, press the tabs on the cover, then lift the cover off. 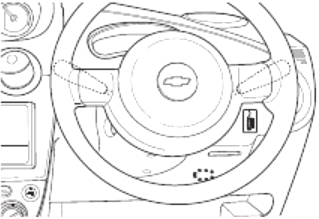 The engine compartment fuse block is located next to the battery. To remove the fuse block cover, press the tab at the bottom of the cover, then lift the cover off. 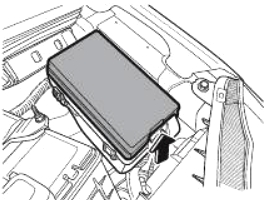