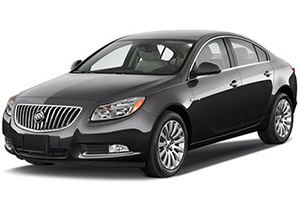 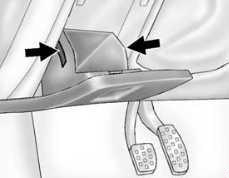 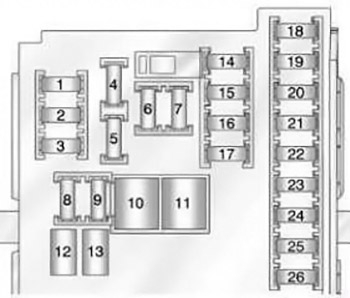 To remove the fuse block cover, press the three retaining clips on the cover and lift it straight up. 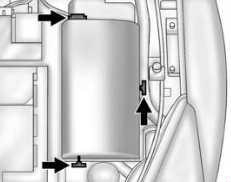